On Wednesday, I was honored to be part of a groundbreaking ceremony for an affordable assisted living community that is being developed in Anderson, Indiana.

The Sweet Galilee at the Wigwam community will serve low-income older adults who need some help to maintain their independence. The four-story, 111,000-square-foot building will house 130 private studio and one-bedroom apartments.

Gardant served as a member of the Project Development Team and will manage the community, which is scheduled to open in the fall of 2021. BWI, LLC, a minority-owned business headquartered in Indianapolis, is the developer and owner.

The community is being constructed on property across the street from an Anderson landmark. When the Wigwam was constructed in 1961, it was considered to be a “sparkling monument to high school basketball in Indiana.” It reportedly had the second largest high school gym capacity in the country.

Approximately 10 years ago, a Jane Pauley Community Health Center opened across the street at the Wigwam. The health center is named after Jane Pauley, the former anchor of the NBC “Today” and “Dateline” programs, who grew up in the area. 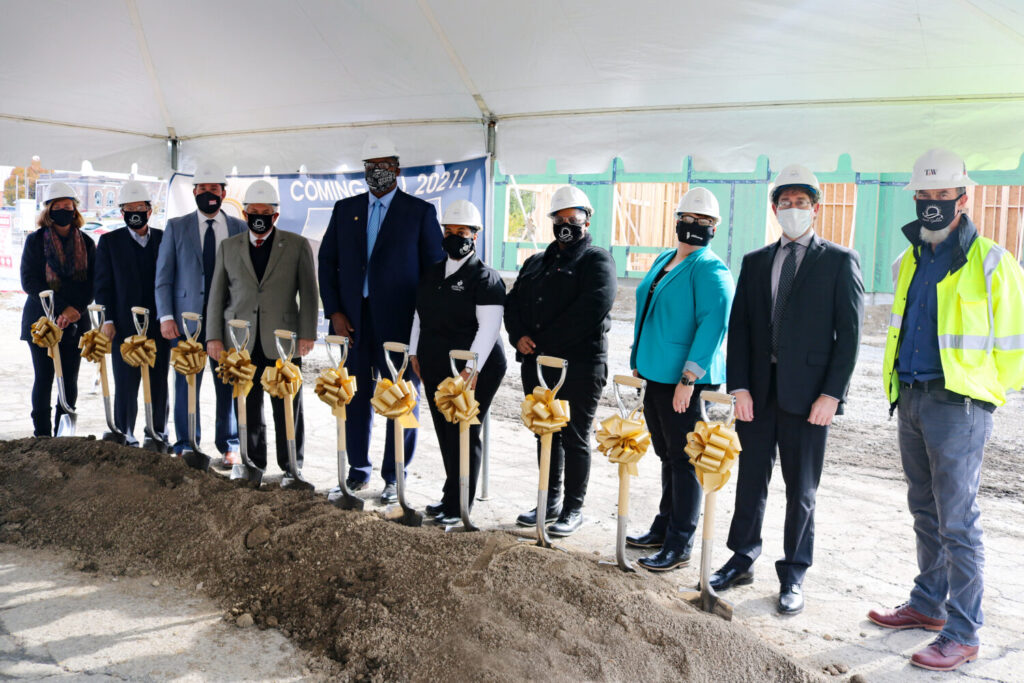 A groundbreaking ceremony was held on Wednesday, October 28 for Sweet Galilee at the Wigwam in Anderson, Indiana.

I first met Manny when he was 98 years of age. I was standing in the lobby of an affordable assisted living community that Gardant manages, admiring an 8-foot high wood carving of the Gettysburg Address. The wood carving has been on display at the Lincoln Museum in Springfield, Illinois.

As I was standing there, Manny came up and introduced himself. Turns out that he had been living right across the street from where I went to high school before moving into the affordable assisted living community. He moved because he needed some assistance and the community was close to where his daughter lived.

What I found to be so inspiring was that Manny did not take up wood carving until he was 92 years of age. At 96, he spent three and a half months creating the wood carving of the Gettysburg Address.

As a resident of the community, he said, he was able to continue his wood carving activities in his studio apartment. His only challenge, he said, was because of some arthritis he was only able to carve for about two hours at a time.

A Wonderful Alternative to a Nursing Home

I met Pearl for the first time when she was 87. I had the opportunity to talk with her, her daughter and son-in-law in the private dining room of an affordable assisted living community that we manage.

Prior to moving into the community, Pearl had been living in an apartment and receiving help from home health. Her vision was failing, so she was no longer able to drive and she had difficulty seeing the labels on her medications.

Home health proved to be a wonderful solution for a period of time. The challenge was that the cost of home health care was $1,000 a week, which was on top of all of her other living expenses – rent, food, medications. Her income was not sufficient to cover all of her living expenses so she needed to tap into her savings each month and she was nearing the point where her savings would be depleted.

We thought the only option was going to be for her to move into a nursing home, her daughter explained. She was not going to be able to afford home health care for much longer, and we were not in a position to have her move in with us. We both worked, so who would be caring for her during the hours we were away from home.

They felt so fortunate that they learned about the opportunity for Pearl to move into an affordable assisted living community that could serve individuals on a Medicaid-waiver.

Rather than sharing a room with at least one other person in a nursing home, Pearl was able to move into a private apartment, which she was able to furnish and decorate to her taste. She was able to receive the help and assistance she needed as well as support services, including three meals a day, plus snacks; housekeeping; and laundry.

She also was able to benefit from all of opportunities to socialize and participate in social, recreational, educational, and wellness programs and special events.

Prior to COVID, my job involved a lot of travelling. Fortunately, most of my travel was during the work week. This one weekend was an exception. I needed to spend a Friday night on the road.

After work, I checked into a hotel near a community that we manage, spent a little time in the exercise room, and went to a local restaurant for dinner. It was 7:30 on a Friday night so the restaurant was crowded. There was a wait to get a table.

While waiting, a seat opened up for me at the bar. I sat down and began talking to the couple sitting to my right. It was one of those “what are you doing in town” conversations. I mentioned that I was with the company that managed the affordable assisted living community in town.

My Mom lived at the community, the woman said. We only had one regret. Mom was terminally ill when she moved in, so she was only able to benefit from living in the community for six months.

She cited a couple of experiences, in particular, that illustrate Gardant’s focus on placing residents first and on providing residents with the Love, Compassion and Dignity they deserve in addition to the help and assistance they need.

Mom knew she was dying, the daughter said, so there were times at night when she would get scared. There always was a staff member available to help her through that experience.

Also, her mother loved Little Debbie cupcakes. Let me assure you, the daughter said. Staff was not doing this on company time. When off-duty, they would run out to the store to make sure Mom had an adequate supply of the cupcakes. 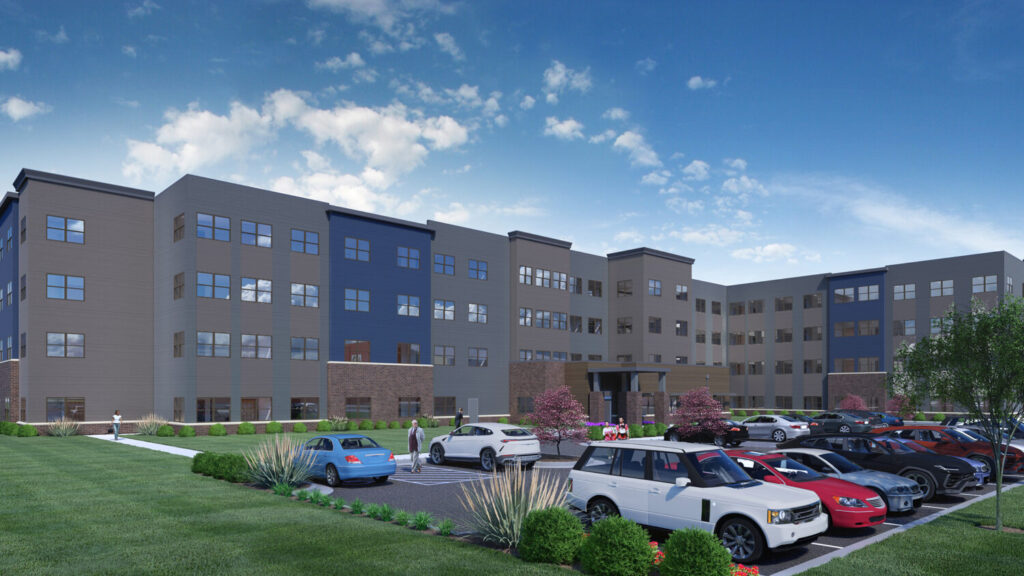 Sweet Galilee at the Wigwam is expected to open in the fall of 2021.