At Gull Creek, your assisted lifestyle community in Berlin, Maryland, your new home awaits you

Gull Creek is proud to provide a choice of apartment floor plans, each designed with your comfort and ease of lifestyle in mind. Our spacious apartments are designed with a living room area, kitchenette, full private bathroom and individually controlled air temperature. 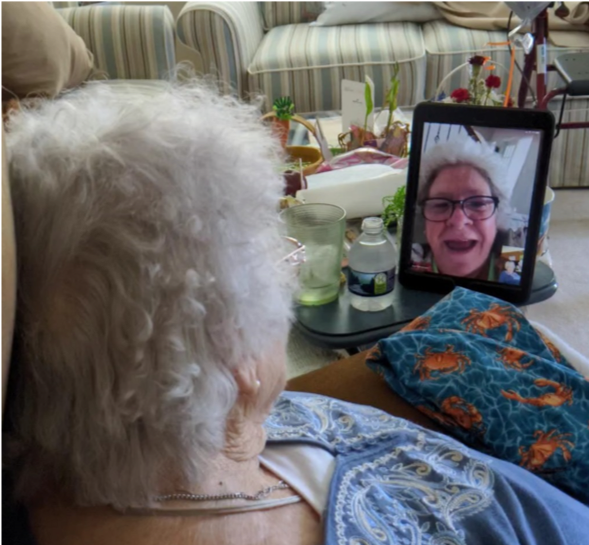 March 17, 2020. The only reason we know the date is because our kitchen staff still has that date on the Soup of The Day board in the kitchen.

Who would have thought back then that we would still be under the same restrictions, if not a bit more, by June?

Shortly after March 17, Gull Creek’s Resident Services Coordinator, Shannon, was setting up TEAMS calls with resident family members.  We knew this service would be a necessity for some residents who see their loved ones daily.

Edith, one of our long-time residents, is accustomed to seeing her daughter almost daily in normal times. For her and her daughter, they would utilize TEAMS often during the COVID-19 precautions and guidelines. Edith and her daughter Mary have not missed one of their 3 times a week TEAMS calls in the last 12 weeks.

With Edith’s dementia, keeping in contact with her daughter has helped her to maintain some sort of normalcy.

One day, when Edith was chatting with her daughter, Edith kept sliding her foot against Shannon’s foot. Thinking that her foot was in the way Shannon continued to move it. Edith would then, again, move her foot back and forth again Shannon’s. Noticing that it seemed to have a calming effect, Shannon left her foot where it was. After the chat, Shannon talked with Mary, who said her mom feels better when she touches someone she is comfortable with.

Shannon immediately realized that the small gesture meant so much to her. She was a calming presence to Edith. Through all the chaos happening in the world, she was calmed just simply by touching Shannon’s foot.

Every time Shannon sees her, she has to explain why she’s wearing a mask. Her daughter has to tell her why she isn’t visiting. It can be exhausting but at the end of the day, none of what’s happening will matter as long as through it all, Edith is safe. That’s what we all need to remember. And sometimes, all it takes is a simple touch or a video call to keep a person calm. 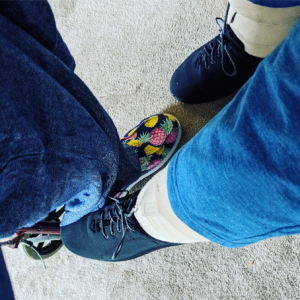 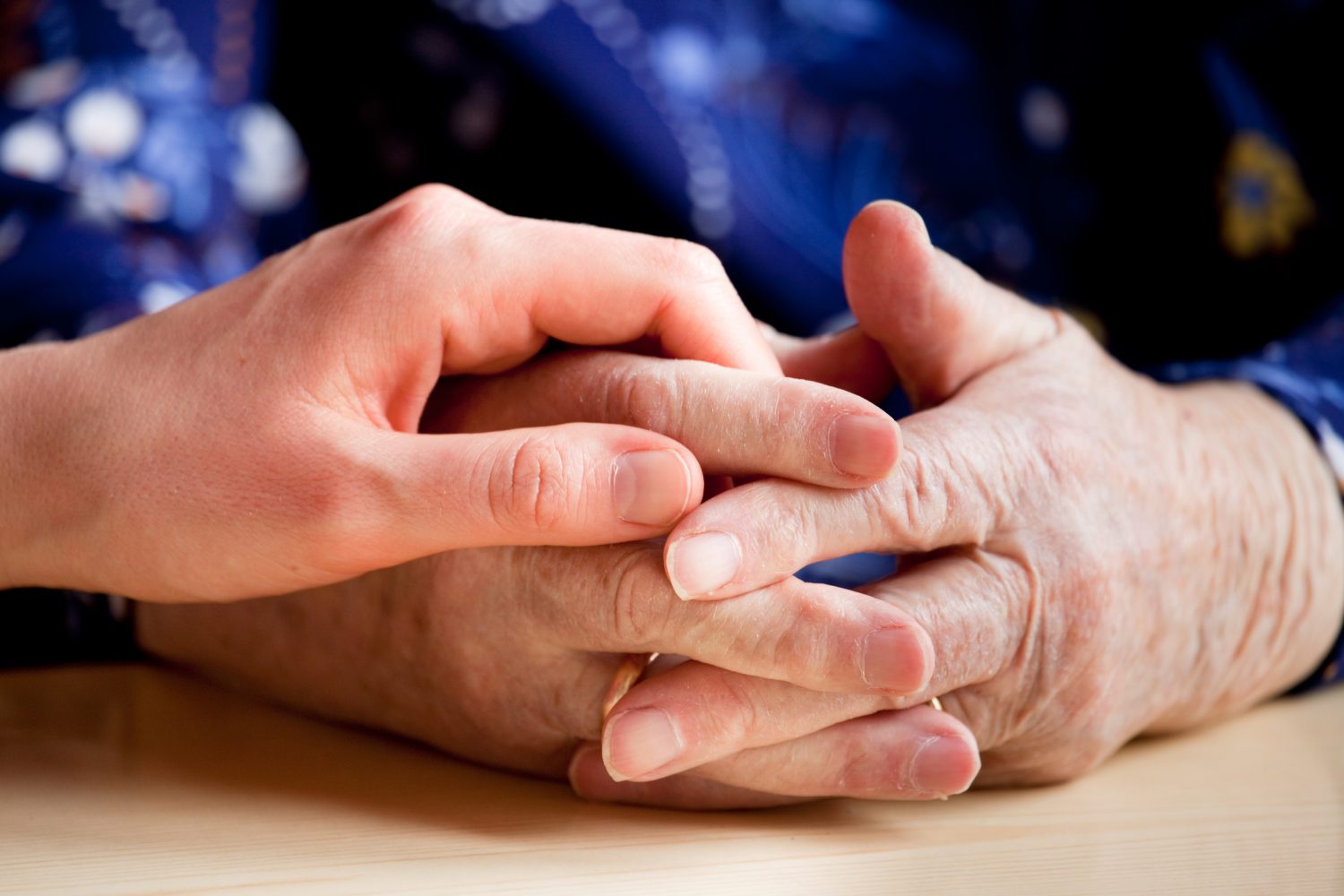 Here’s what other people are saying about Gull Creek:

“Now I have the peace of mind knowing that Mom is in good care. I know that around every corner someone smiles at her, talks to her, hugs her and takes good care of her. I know I am part of the Gull Creek family, too. I no longer take this journey alone. They are here for me, too.”

“When one of your parents passes away and was the sole caregiver for the other, the family is faced with a very important decision. After much research, Gull Creek was the best choice for us.

I credit the staff for saving my mother’s life. She’s been there for 12 years and has graduated from Independent Living to Assisted Living and now lives in Treasure Cove, the memory care neighborhood. She is treated with dignity and the staff provides for all her daily needs. Thank you, Gull Creek!”

Gardant Management Solutions, the company that manages Gull Creek, is a mission-driven company based in Bourbonnais, Illinois.