An activity that I so enjoy each year is helping out at the finals of the Affordable Assisted Living Coalition’s annual contests that encourage the health of body and mind.

This year, 19 teams of residents from affordable assisted lifestyle communities in Illinois gathered together for the finals of the 2019 Wii Bowling and Trivia contests. Fourteen of the teams were from Gardant-managed communities.

All of the communities are certified to operate through the Illinois Supportive Living Program, so they serve either older adults or adults with physical disabilities who need some help to maintain their independence, many of whom are on Medicaid.

The two-day event was held at the Abraham Lincoln Hotel and Conference Center in Springfield, Illinois. 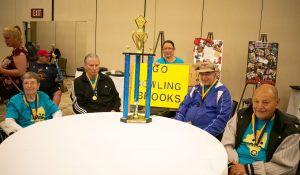 Wii Bowling
More than 80 teams of residents entered the 10th Annual AALC Wii Bowling competition, with the top four teams in each region qualifying for the trip to Springfield.

This year, the Bowling Brooks toppled the Strikers in the semi-finals and went on to take home the first place trophy. In the finals, the Bowling Brooks were led by Vonnie Heagy, who bowled games of 279 and 238. She won the tournament’s Most Valuable Player trophy in 2016. Teammates Pete Kowalewski, Mike Malina and Al Navarro contributed with 200+ games of their own. 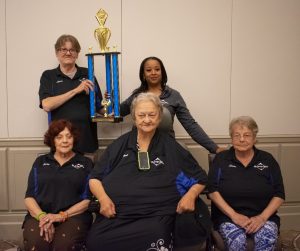 Four of Us – Cambridge House of O’Fallon 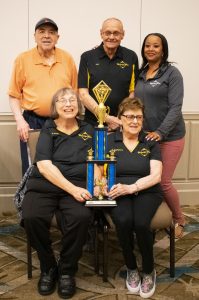 The Four of Us and Guys and Dolls from Cambridge House of O’Fallon finished in second and third place, respectively. Linda Ellett led the way for the Four of Us in the finals, with a score of 259. Barbee Smith and Cathy Jaeger also tossed 200+ games.

This was the first year in the history of the AALC Wii Bowling competition that two teams of residents from the same community qualified for the Final Four. 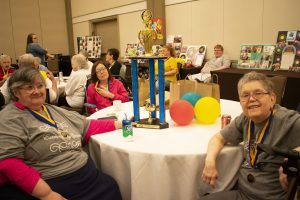 The League of Extraordinary Guessers – Deer Path of Huntley

Trivia Contest
Nearly 50 teams of residents entered the 2019 AALC Trivia Contest, with 15 teams qualifying for the finals in Springfield. After whittling down the teams to the top four on day one, it took 15 regular rounds and five tie-breaker questions to declare a winner. 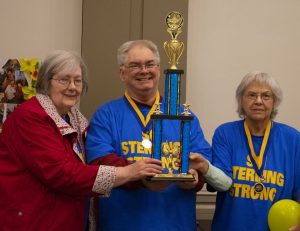 Second place honors went to The League of Extraordinary Guessers from Deer Path Supportive Living in Huntley, Illinois. The community serves adults 22 to 64 with physical disabilities. The team is comprised of residents Robin Lapins, Andrea Ortiz and Karin Schmidt, with Patty Wenk serving as an alternate.

So Sterling Smart from Heritage Woods of Sterling garnered the Third Place trophy. The team was made up of residents Pat Black, Daniel Erisman and Joan Schipreth.