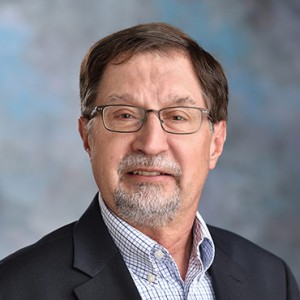 What state ranks as the #1 healthiest for older adults? Hawaii, says the 2019 America’s Health Ranking Seniors’ Report. The other states in the Top Five are Utah, Connecticut, Minnesota and Colorado.

At the other end of the spectrum are Mississippi, Kentucky, Louisiana, Oklahoma and West Virginia. They are the states with the most challenges for older adults, says the report.

The 2019 report was prepared by the United Health Foundation in partnership with the Gerontological Advanced Practice Nurses Association.

The report is based on the World Health Organization’s definition of health, which is a “state of complete physical, mental and social well-being and not merely an absence of disease or infirmity.”

Hawaii’s strengths include having the lowest obesity percentage and the highest percentage of arthritis management.

Mississippi, on the other hand, has the highest percentage of seniors living in poverty and the lowest level of support for personal care, congregate meals, transportation and nutritional education programs.

Illinois was the state showing the largest improvement in the rankings, moving up from 38th place in 2018 to rank 31st among the 50 states in 2019. As for the other states in which Gardant manages communities, Maryland was #12; Virginia #25; Indiana #36; and West Virginia #46.

The 2019 report includes a special look at younger older adults – individuals age 65 to 74. It examines how demographics, behaviors and health outcomes for individuals in this age bracket have changed in the 15-year period of 2002 to 2017. A higher percentage of individuals 65 to 74 reported their health was very good or excellent, and the prevalence of smoking and early death was lower in 2017 than in 2002. At the same time, the prevalence of excessive drinking, obesity, diabetes and suicide increased.

The challenges include increases in depression, excessive drinking and avoidance of health care due to the cost.

The report that was published in 2018 took a special look at social isolation and differences among seniors in urban, suburban and rural areas.

Social isolation is associated with negative physical and mental health consequences, a greater use of health care resources, and higher mortality rates.

Fewer older adults living in rural areas rate their health as “very good” or “excellent”. They are less likely to have a dedicated health care provider, receive health screenings and get the flu shot. They report a greater likelihood of being physically inactive and to have fallen.

The purpose of the reports is gather information and assess trends among older adults on a national and a state-by-state basis in the effort to help set priorities to improve the health and well-being of seniors.

The reports can be accessed here.