Given all that has been going on in the world with the coronavirus and COVID-19, I wanted to share some “fun facts” about a variety of unrelated topics to hopefully brighten up your day. 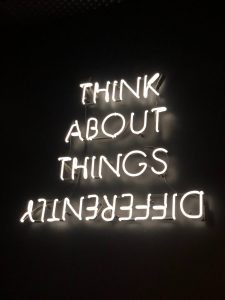 When they were introduced in Italy in the 11th Century, forks were considered sacrilegious.

The Mayans viewed turkeys as being “Vessels of God.”

In the 17th Century, an English theologian suggested that “flying chariots” would take people to the moon.

Thomas Jefferson broke his wrist trying to jump over a fence to impress a girl.

Benjamin Franklin reportedly designed one of the first U.S. coins. It contained the slogan “Mind Your Business.” Bifocals was one of his inventions.

Mary truly had a little lamb. The nursery rhyme reportedly is about an 11-year-old girl in Boston whose pet lamb followed her to school one day in 1817.

In the 1830s, ketchup was sold as a cure for indigestion.

German chocolate cake has no connection with Germany. The cake is named after Englishman Samuel German, who came to the United States in the mid-1800s. He eventually landed a job with the Baker Chocolate Company and developed a special type of sweet chocolate, which became a key ingredient in the recipe for what became known as German chocolate cake.

The first facsimile (FAX) machine was patented in 1843, the same year the Oregon Trail opened. The trail, which starts in Missouri and extends to the valleys in Oregon, is nearly 2,200 miles long.

Before becoming President, Abraham Lincoln was a champion wrestler. He also was a licensed bartender.

Hollywood has been making movies for more than a century. The first movie made in Hollywood was “The Count of Monte Cristo.” Part of the movie was filmed in Chicago.

In 1929, a group of women took to the street, marching for the right to smoke.

A single strand of spaghetti is “spaghetto.”

At birth, pandas are about the size of a stick of butter.

Bison are the largest animal in North America. Males can stand up to six feet and weigh as much as a ton.

Researchers have found that flossing your teeth can help improve memory.

The United States is the most generous country in the world based on such factors as charitable donations and volunteer hours, according to the World Giving Index.

The U.S. Census Bureau estimates that one-quarter of those over 65+ live in three states – California, Florida and Texas. Another quarter live in Georgia, Illinois, Michigan, New York, North Carolina, Ohio and Pennsylvania.

Maine, Florida, West Virginia, Vermont and Delaware are the states with the highest percentage of the population being 65+.