At Heritage Woods of Minooka, your affordable assisted lifestyle community in Minooka, Illinois, your new home awaits you 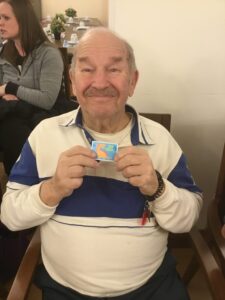 The day the Activity Director met him for the first time he asked if he could play the spoons for the residents, he just needed some Polka music. That following week we had entertainment with Eddie Korosa, a well-known local entertainer.  Steve was ecstatic! He used to play with Eddie Korosa’s dad growing up! The day Eddie came in, he saw Steve and remembered him playing the spoons with his dad and was so happy the “Spoon Man” found a perfect place to live.

Today he is still playing with as much tenacity as he was when he was in his 20’s. Steve plays his spoons with entertainers, during Piano Melodies every Monday, and even Happy Hour when the music is playing.

Music gives a soul to the universe, wings to the mind, flight to the imagination and life to everything.

Jack and Dorothy’s Story: A Love That Stands the Test of Time

Julia Child said it best, “The secret of a happy marriage is finding the right person. You know they’re right, if you love to be with them all the time.”

Last year, Jack and Dorothy celebrated 71 years of marriage at Heritage Woods of Minooka with their newfound family and friends. Residents and staff planned a party to celebrate a love that has only grown stronger over the years.

It all began in March 1946. Jack and Dorothy met through friends in Buffalo, New York. Jack had just came home after serving in the Coast Guard during WWII, and Dorothy was attending school. It started at a bowling alley. That not, not only did the bowling ball go down the alley, but so did Dorothy when she tripped and fell. It must have been love at first sight though. After only a week, Jack proposed to Dorothy, and the rest is history.  On November 9th in Dorothy’s home town of Eldred, Pennsylvania, they became Mr. and Mrs. Brundage.

Jack was in the auto business for 41 years, working his way through the ranks. He started as a mechanic and retired after 41 years as a service manager. Jack also worked as a fireman on the railroad, loading coal into steam engines.  Dorothy remembers the day the railroad manager called to tell her there had  been accident. “Don’t be surprised if he doesn’t have a foot,” she remembers the man saying. She didn’t know what to think!  Jack had gotten his foot caught in the machine that took the coal to the steam room. Thankfully, she says, he only lost two toes.

Dorothy stayed at home in the early years, caring for their three children.  Through the years, she was sick, but with the help of her family, friends and the love of Jack, she was determined to get better each time. After their children were older, Dorothy worked, and later retired, as a manager at a jewelry store.

Their family now includes five grandchildren, 12 great-grandchildren and 1 great-great-grandchild.  Jack and Dorothy moved to Florida after retirement to be closer to their daughter and granddaughter, who had some heart problems. On their 50th wedding anniversary, their children took them on a cruise to Jamaica. Their granddaughter made them a scrapbook they treasure and proudly share with anyone who visits.

Over the last couple of years, they lived with their daughter in Florida and their grandson and his family in Illinois before finding Heritage Woods of Minooka.  This is the place they now call home, and they are loving every minute.

“It’s our own home,” Dorothy said. “It is so nice to be somewhere that we can be together and call ours.”

Being able to share their 71st anniversary in their own home with their friends and family is a moment they will cherish forever. 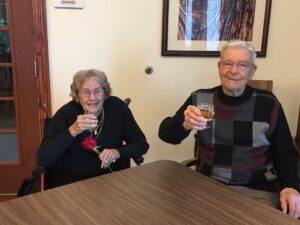 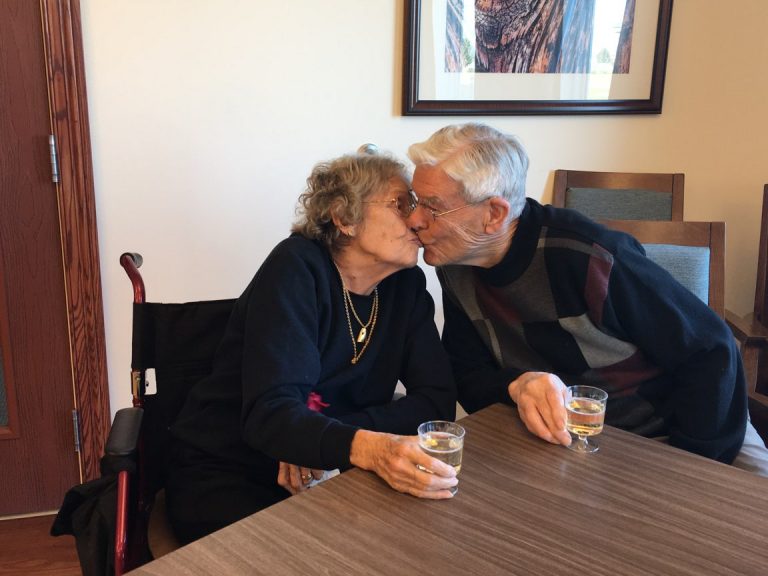 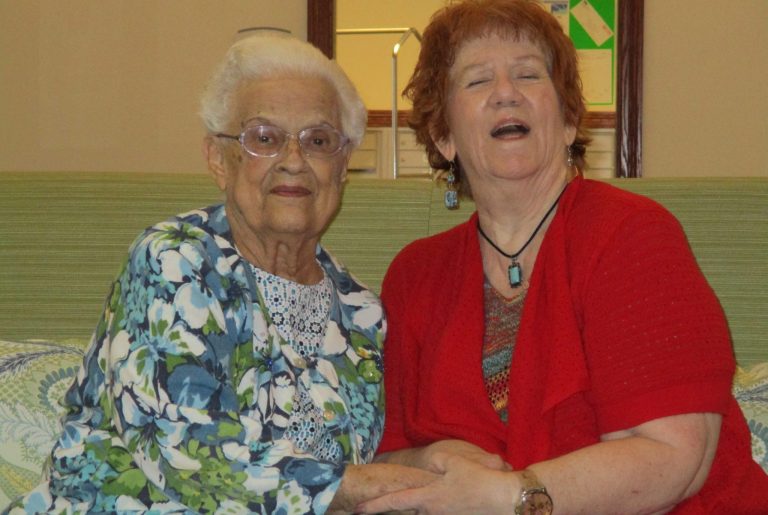 Patsy and Phyllis’ Story: Friendships Bloom All Around

Patsy and Phyllis are just two of the friendly faces you see when you visit us. They have been the Shining Stars of Heritage Woods of Minooka. Their compassion and love of life is something that shines through their personalities and embellishes our community.

They have helped create a family atmosphere, welcoming new residents and their families. Patsy creates personalized cards for residents and staff on their birthdays. Phyllis reminds residents about activities and encourages them to attend events, so they feel welcomed and are part of the Heritage Woods family. They both volunteer to do so much good for our community.  Throughout the day, you can find them socializing with other residents, painting nails, helping out with activities or simply giving Heritage Woods the warm and loving feeling of home.

Patsy moved to live with her son and his family after she lost her husband to dementia.  She cared for him in her home with the help of her oldest son. She then moved to Illinois to be close to her youngest son and his family.  It was then that they learned that Heritage Woods of Minooka was being built right down the road. Patsy was so excited to know she could have a place to call her own, be close to her family and get the assistance that she may need in the future.

Phyllis came from another supportive living community.  She had lived there for a few years and when she moved in, she said Heritage Woods is a lot like heaven. “It’s not perfect. Nothing is, but it sure is perfect for me,” she tells us. Phyllis’ daughter is happy that Phyllis has become more social and active in the community. Phyllis is a retired hospice nurse, and before that, she worked in pediatrics at the hospital. She loved to volunteer for local nursing homes and the auxiliary for the hospital once she retired.  Phyllis still gets together with all of her nursing friends at least once a week.

The acts of kindness started early for Patsy and Phyllis. They met in the days leading up to our First Responder Appreciation Lunch. Patsy made cards with handwritten poems for all the first responders. Phyllis helped make the cards and was touched by the poem. At that moment, the women decided they would work together to make a difference.

We admire Pasty and Phyllis for their compassion to  each and every person they meet.  They always introduce themselves to new residents, and if someone is having a bad day, they are there to listen and hold a hand.  They are a great example of showing kindness and compassion in our lives. 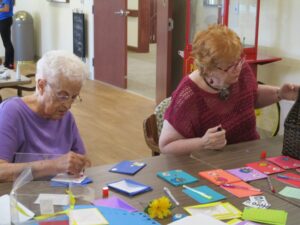 Gardant Management Solutions, the company that manages Heritage Woods of Minooka, is a mission-driven company based in Bourbonnais, Illinois.