HERITAGE WOODS OF DWIGHT IS THE PREMIER CHOICE FOR AN AFFORDABLE ASSISTED LIFESTYLE IN LIVINGSTON COUNTY.

Heritage Woods of Dwight is especially designed to serve the older adult and is one of the most sought-after communities.

The Village of Dwight is located off Interstate 55 in Livingston County, 70 miles southwest of Chicago, between Joliet and Pontiac.

The two-story community houses 68 studio and one-bedroom apartments, each with its own kitchenette, private bathroom and emergency response system. 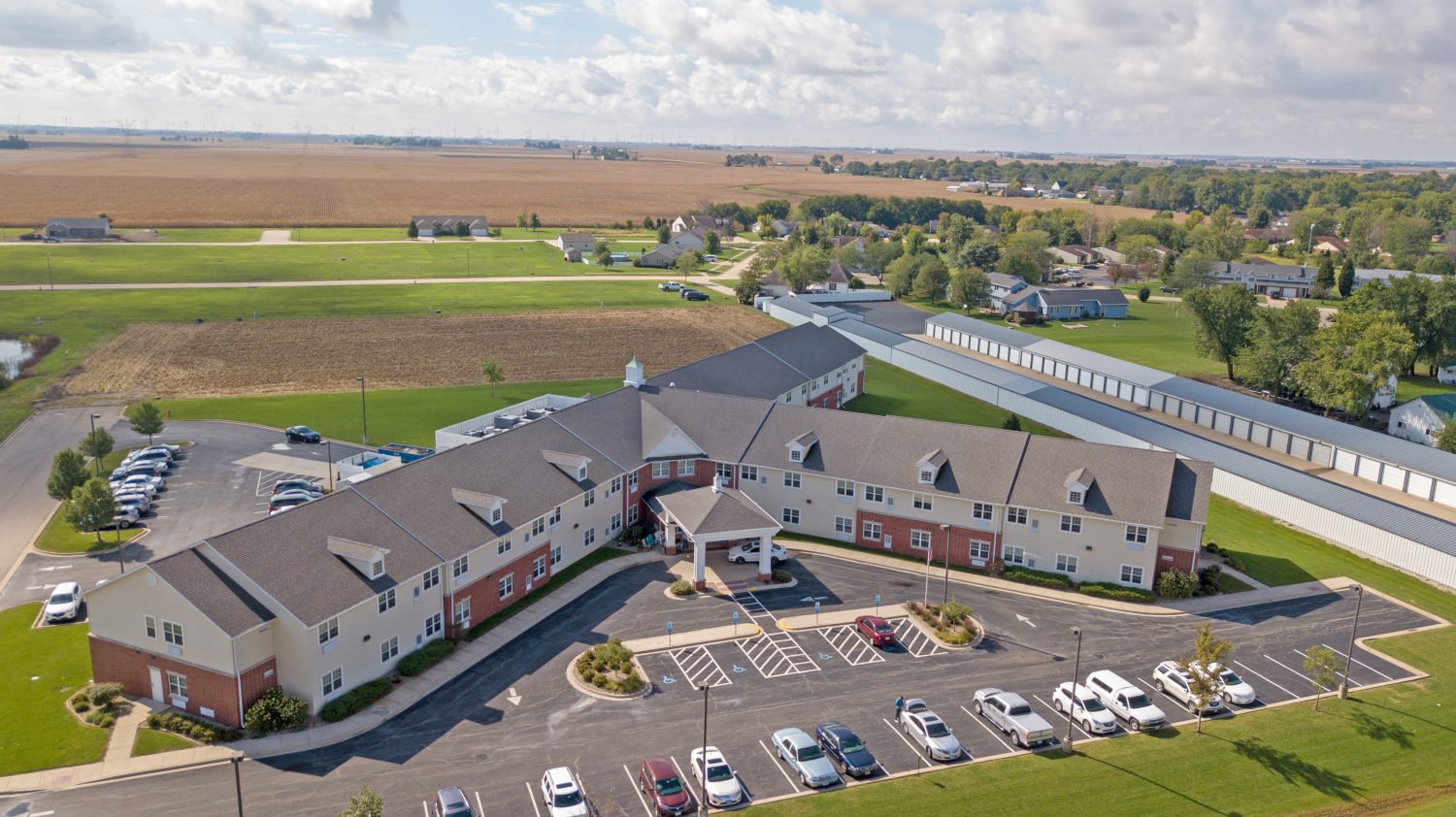 Doris’s Story: Feeling at Home
Doris has lived at Heritage Woods in Dwight for nearly a year.

Before moving to the States, she was born on the island of Guam. Being from Guam, she grew up speaking the Chamorro language fluently. “My parents spoke both English and Chamorro. Chamorro mostly when they didn’t want others to know what they were saying,” she giggled.

When asking Doris what brought her to Illinois, she boomed, “My husband of course! I worked in the Navy and followed him to Marseilles, IL.” Doris had her own home in Marseilles. She admitted, “My home was very big after my children and husband left. Much too big for just me.”

Doris’s daughter reached out to Heritage Woods due to her not being able to do daily things for herself any longer. “I did my laundry in the basement, but to get to the basement, you had to go up and down a winding staircase. I love exercise, but it began to be too much.”
Read the rest of Doris' story