At Heritage Woods, your affordable assisted lifestyle community in DeKalb, Illinois, your new home awaits you

Heritage Woods is proud to provide a choice of apartment floor plans, each designed with your comfort and ease of lifestyle in mind. Our spacious apartments are designed with a living room area, kitchenette, full private bathroom and individually controlled air temperature.

All measurements are approximate, and dimensions may vary. 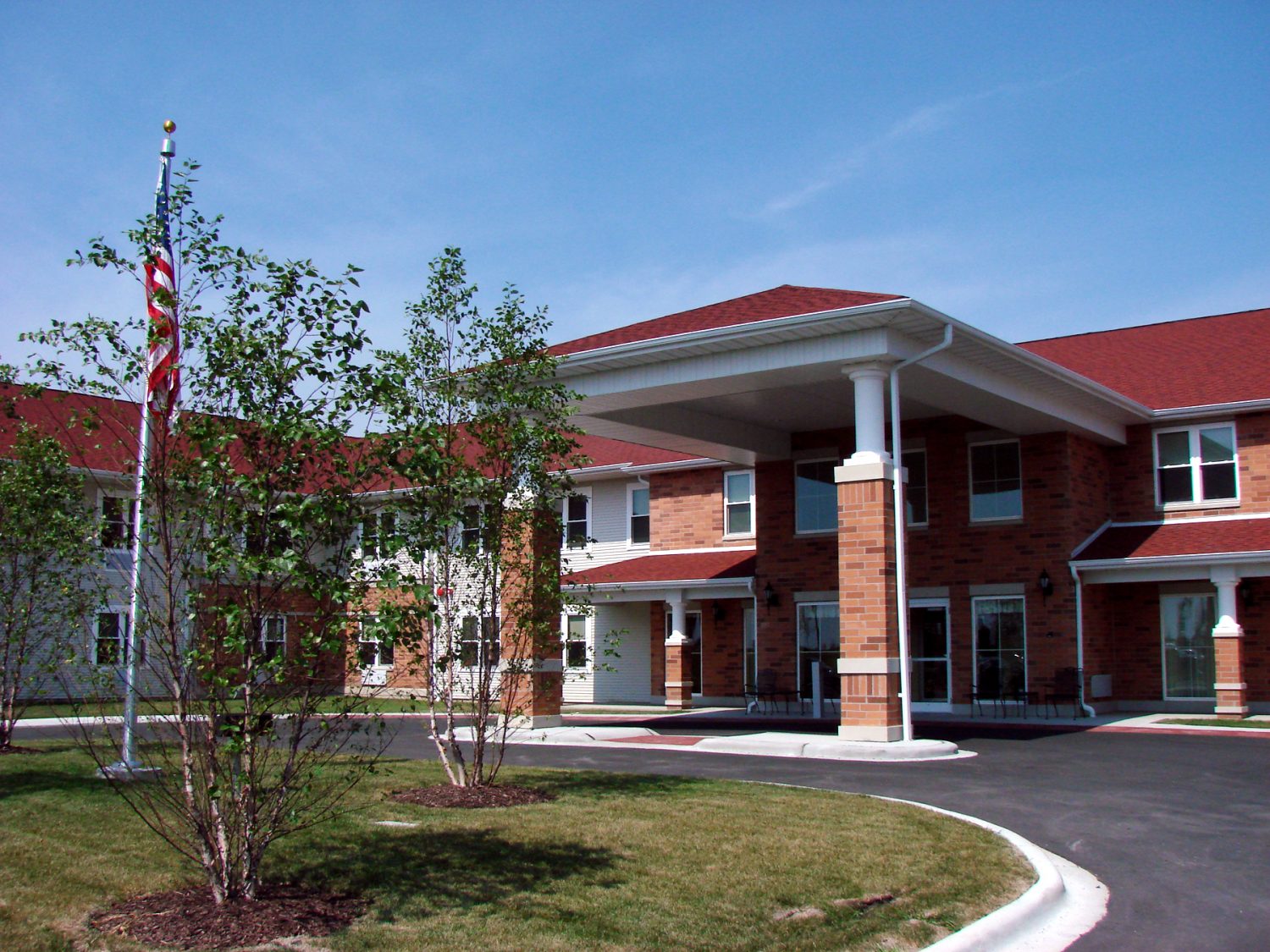 Barb’s Story: A Carefree Lifestyle That Allows Her to Do What She Loves

If you see Barb out around town and ask her how she likes living at Heritage Woods of DeKalb, she will tell you, “I would recommend it to anyone and everyone!”

Barb came to us after arthritis got the best of her, she says. Barb lived in a three-story condo in Sycamore for 18 years until she decided to sell her home.

She wanted to make her life easier. She lived on her own. Her husband passed away in 1992 – just 20 days after he received a cancer diagnosis. Eleven years later, her son passed away.

Being on her own was too much for her to handle, and going up and down the stairs became more difficult as her arthritis progressed.

Her daughters came to tour Heritage Woods. They were impressed, so they brought Barb in, and she fell in love.

After living on her own, she craved having a connection with people again. Barb found that at Heritage Woods.

Another thing that was important to Barb was having space to work on cards, bookmarks, sewing and her other craft projects. She shares her talents with others and often gives cards to residents and employees at our community.

An active resident at Heritage Woods, Barb was recently elected president of the Resident Council. She wants to help new residents settle into their new home. Barb’s laugh is contagious, and she made Heritage Woods a great place to live!

Marilyn is one of our original residents. She was the first person to sign a lease, and she has been with us since our community opened nearly a decade ago.

“I remember June 28, 2008 like it was yesterday,” she said. “That was the day my life changed for good. I climbed three steps into a double-wide trailer that was parked on mound of gravel, and I was no more than 100 yards away from my new home.”

This was the start of Marilyn’s next chapter in life.

Marilyn’s family slowly started to fade away early on in life. The people who she loved passed away, starting with her mother who left her at a young age. Next, it was her husband. He died in a plane crash.

“I was supposed to be on that plane with him, but I had a headache and was not feeling up to flying that day.”

After that, it was her brother, and then her son. Marilyn did not let her grief consume her. Her daughter and grandchildren have been there to help her through hard times.

When Marilyn’s husband passed away, her son took over the Aurora lawn care business that they’d run for 35 years. The couple built their life together. They built their house together a plane that they’d use to fly to Wisconsin on Sundays.

Marilyn has love and lost, but her love of life has not wavered. She loves her home at Heritage Woods, and because she has had so much sorrow, she is extremely caring, compassionate and empathetic toward others.

We are fortunate to have Marilyn here with us for the past 10 years!

He took on the duty a year ago and spends three days a week in there, helping other residents find what they need.

For years, he worked as a candy packer in Aurora, and then later, helped out at a local food pantry. His latest job is keeping him on his toes.

When he’s not in the store, Phil calls bingo when our resident services coordinator is out.

It’s only been three years since he moved in, but he has a routine that makes him happy.

When Phil’s wife passed away in 2015, he was left with an empty house, no children and no one to keep him company. It was completely different than the life he’d known when he cared for his wife of 42 years.

A niece stepped in to help him through a difficult time. She knew he wasn’t ready for a nursing home but didn’t know what other options were out there until she stumbled upon Heritage Woods of DeKalb.

It was a perfect fit for him.

Without the caring people who work here – from the CNAs to the dietary staff, housekeeping and every department in between – Phil says he wouldn’t know where he would be.

“We aren’t just room numbers,” he said. “They all know our names like it’s one big extended family, and there are close to 80 people who live here.”

Phil likes to tell people that Heritage Woods of DeKalb reminds him of a fancy hotel or nice resort.

In his words, “If you are in the need of a place to fill your tummy with delicious food, lay your head at night and make new friends just know you can’t do better than Heritage Woods of DeKalb.”

Heritage Woods: A Place Between Home and the Rest of the Journey

When her parents health continued to decline, Amy Hueber knew they could no longer live on their own.

She began researching alternatives and found Heritage Woods of DeKalb, an affordable assisted living community not too far from where they lived in Genoa.

Dixie and Arden Awe moved in this summer; it has taken a huge burden off of them and their daughter.

“I was overwhelmed,” Dixie said, “and I needed something more than what I had where we were living – supportiveness for Arden and myself – and it’s here.”

The support system comes in the form of medication assistance, meal preparation, help with daily activities, ongoing health monitoring and certified nursing assistants that are available 24 hours a day.

“Knowing that there is nothing to worry about, that they can push a button and somebody can come to their aid anytime – day or night – is very reassuring,” Amy said.

Dixie appreciates the busy social calendar that is available to residents. They can play bingo, make crafts, attend church services at the community and go on outings together.

The staff and other residents at the community have helped ease the transition to their new home, and every day, Dixie says, the couple realizes how lucky they are to have a place like Heritage Woods to call home in their golden years.

“Heritage Woods is a blessing,” an emotional Dixie explained, “It’s a place between home and the rest of the journey.” 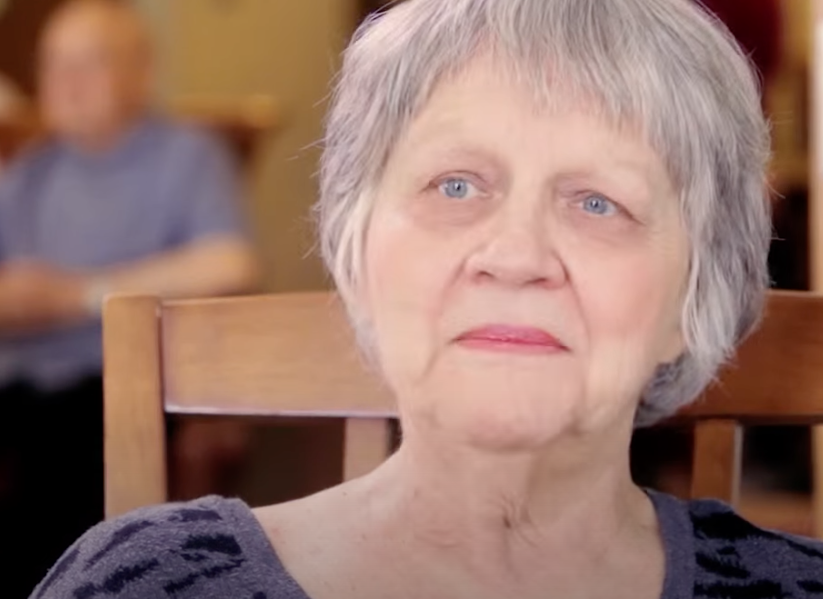 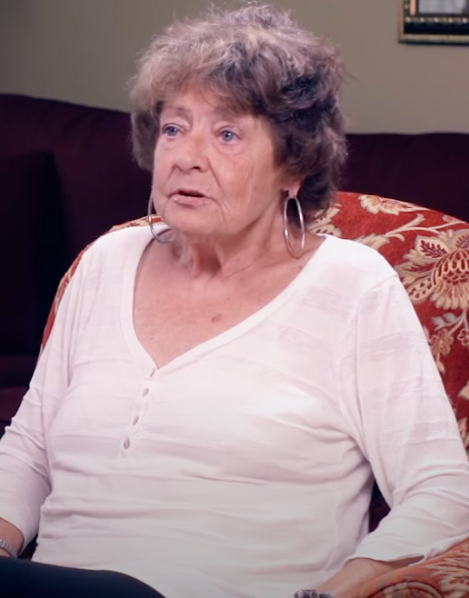 Judy Puryear, a New York transplant, talks about her experience at Heritage Woods of DeKalb.

The 69-year-old loves the meals, the people and the atmosphere at the assisted living community she has called home since July.

“The food is out of this world. The cooks are great, and you can have whatever you want,” Judy explains. “When I walked in here, I thought I was in a plaza hotel. It is beautiful.”

She says she would recommend Heritage Woods to anyone. “If you’re looking to find a good, decent place where you can survive and live happy,” Judy advised, “come to Heritage Woods. You wouldn’t be sorry.”