Welcome to a gracious, affordable assisted lifestyle in your community. At Eagle Ridge, you’ll enjoy friendly neighbors to share common life experiences and an active community full of choices. The emphasis is on lifestyle and fun while maintaining your health, wellness, dignity and independence at Eagle Ridge. When you need a helping hand or personal attention to do the activities you may no longer be able to do safely on your own, our courteous and caring staff is always ready to assist you.

Eagle Ridge of Decatur is especially designed to serve the older adult and is one of the most sought-after communities.

Eagle Ridge is located in a quiet residential neighborhood close to shopping, banks and physician offices, and one block west of Decatur Memorial Hospital in Decatur.

Eagle Ridge provides a wonderful residential alternative to a nursing home or to struggling alone at home. 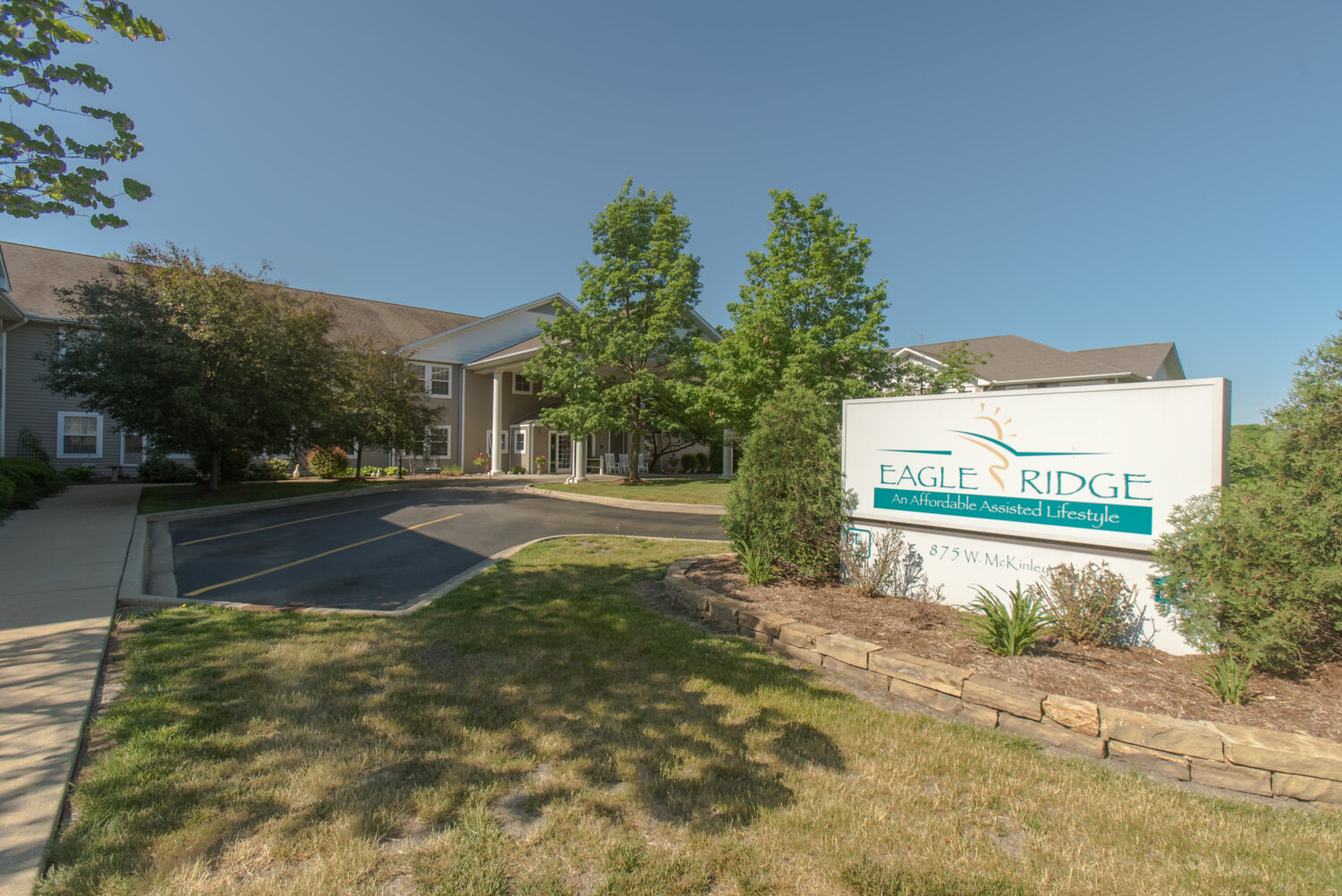 Paul and Jean: Continuing Their Love Story at Eagle Ridge
Paul and Jean Hupp have been married for 70 years!

They have traveled to several places but always return to their hometown of Decatur.

After some illnesses and a fall at home, they decided to take a look at Eagle Ridge.

They were worried they wouldn’t be able to afford to live in a community like ours, but we assured them that wasn’t the case.

Within a week of touring Eagle Ridge, they moved into their apartment.
Read the rest of Paul and Jean's story
Glenn’s Story: Life Changes
Born and raised in Southern Shelby County, Glenn grew up in a one room grade school till 8th grade. As a senior in high school, he enlisted to the United States Navy. Soon after graduation, Glenn headed off to bootcamp in the Great Lakes. After ten long and tiresome days, he was routed back to New York. From there, they headed down the Panama Canal to the South Pacific.

During his time in the South Pacific, he traveled around 6 different islands. While on tour, he was in the Philippines when the bomb was dropped. After two and a half years in the Navy, he returned home.

While back home, he worked as a farmer alongside his father. Still trying to adjust to life back home, he headed to Mt. Pulaski where he served as a farmhand. Meeting his wife Mary in the small town, they married in 1951. They enjoyed their life in Mt. Pulaski for 7 years before relocating.
Read the rest of Glenn's story
Myra Joy: Embracing New Beginnings
Before Myra moved to Eagle Ridge of Decatur, she lived alone in her apartment for 17 years, here in Decatur, IL.

Often seen with her bowling team on Tuesday mornings, Myra was inducted to the Decatur Bowling Hall of Fame in 2004. With a love for bowling, Myra’s journey began in 1965, throwing nothing but strikes. She enjoys socializing with her friends and being competitive.

In her free time, she enjoys reading, dancing, collecting dragonware china and watching sports. She is a lifelong fan of the Chicago Bears, Chicago Cubs, and the Celtics; Anthony Rizzo holds the top ranking for most favorite.
Read the rest of Myra's story
Mac’s Story: Helping Others Again
Mac is a man who has worn several hats in his lifetime.

He served in the Marines and coached the tennis team at Millikin University. Once he retired, he served up the famous winery burgers at the local waterhole on Millikin’s campus.

As you can see, Mac has always been doing something that helps other or brings them joy.

So, it was only right that he would do the same when he moved to Eagle Ridge after suffering a stroke last March.
Read the rest of Mac's story
Howard and Barbara’s Love Story
Barb and Howard’s road to our community wasn’t easy. They’ve had some bouts with illnesses and issues with Howard’s forgetfulness.

They looked at other facilities – and even lived in one for a month. It was then that they decided to look at Eagle Ridge, and Barb said it felt like home the moment they walked into the door.

It’s the people that make our community so special. All of the residents are extremely friendly, the Sevits said, and the staff goes out of their way to be caring and compassionate.

“There is no place else we’d want to live,” Barb says.
Read the rest of Howard and Barbara's story
Previous
Next

Gardant Management Solutions, the company that manages Eagle Ridge, is a mission-driven company based in Bourbonnais, Illinois.