HERITAGE WOODS OF CHARLESTON IS THE AREA’S CHOICE FOR AN AFFORDABLE ASSISTED LIFESTYLE COMMUNITY.

Heritage Woods of Charleston is especially designed to serve the older adult and is one of the most sought-after communities.

Heritage Woods is located east of Mattoon between the Champaign and Urbana area and Effingham. The opened in April 2011, and the building was developed on property adjacent to Cougill Senior Living Apartments, which is also owned by Yost Management.

The two-story community houses 68 studio and one-bedroom apartments, each with its own kitchenette, private bathroom and emergency response system. 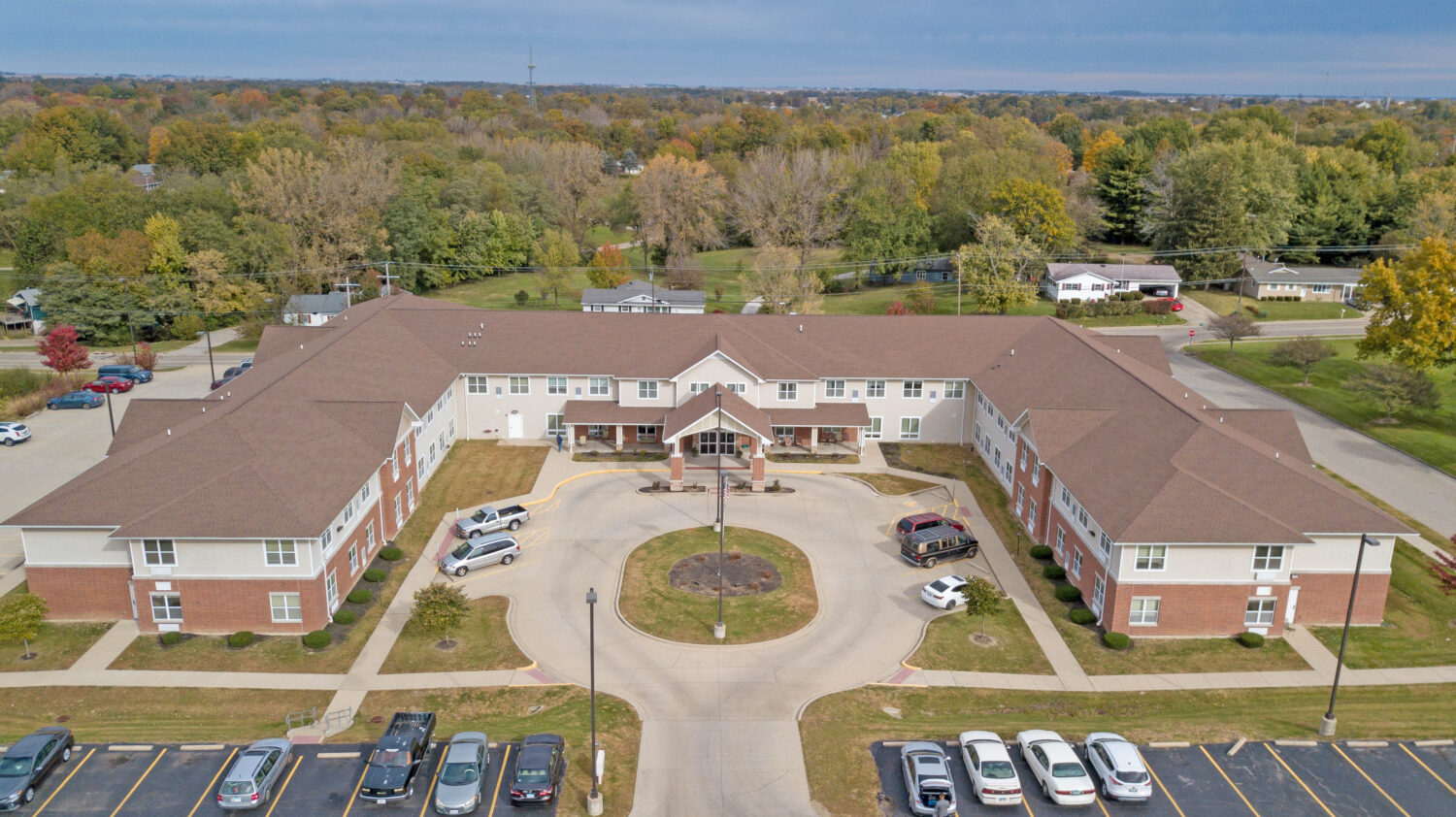 One day, Dave asked Judy if he could sit with her – and the rest is history.

“We just sat together, and everything started working out,” Judy recalled fondly.

Since then, the two have grown close, helping out around Heritage Woods our events in the area.
Read the rest of Dave and Judy's story
Diana’s Story: Turning Her Life Around to Help Our Community
When Diana moved into Heritage Woods of Charleston six years ago, she secluded herself, avoiding activities and socializing with others at the community. She’d come down to the dining room to pick up her meals and go back to her room to eat.

After about six months of this, our nursing staff and her physician realized that her medication needed to be adjusted.

That change meant a complete turnaround for Diana.
Read the rest of Diana's story
Raymond’s Story: Regaining His Independence, Sharing His Talent
Before Raymond moved to Heritage Woods, he lived alone in his apartment. He enjoyed his place in nearby Marshall, but his family worried about him.

Raymond ended up in the hospital, and later a nursing home, after a few health scares.

While he wanted to move back home, Raymond’s family knew he needed more assistance to help him maintain his independence.

They were right.
Read the rest of Raymond's story
Previous
Next