HERITAGE WOODS OF BELVIDERE IS THE ONLY AFFORDABLE ASSISTED LIFESTYLE COMMUNITY IN BOONE COUNTY.

Heritage Woods of Belvidere is especially designed to serve the older adult and is one of the most sought-after communities.

The community, which is designed to serve adults 65 and older of all incomes who need some help to maintain their independence, is located on the north side of Squaw Prairie Road, east of Illinois Hwy. 76, in Belvidere. 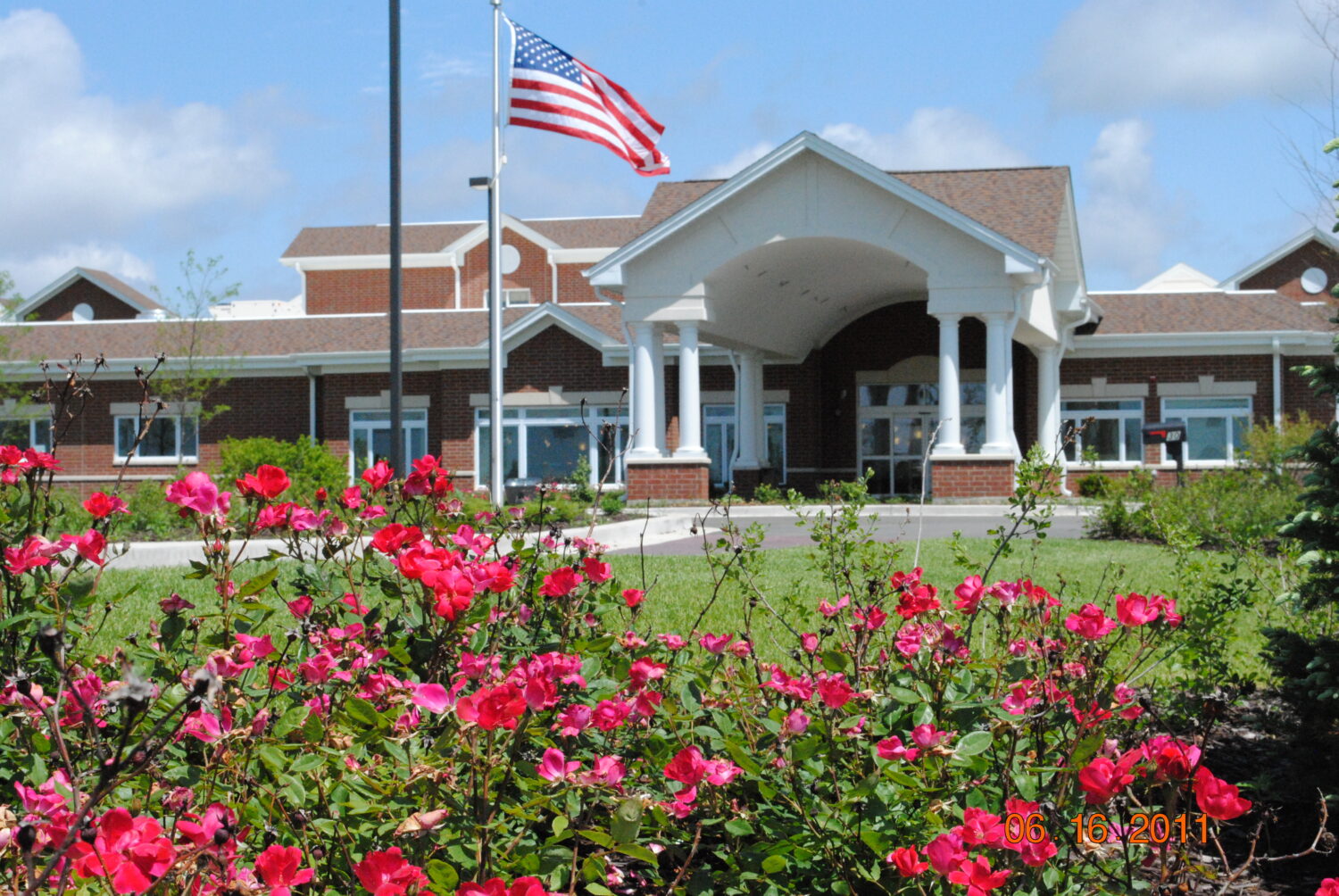 Karen’s Story: Feel Like I’m On Vacation
I lived in a garden apartment that had a few stairs. I helped with daycare for parents who could not afford to pay a daycare. The stairs were getting hard for me, and the kids were starting school. I needed to find somewhere else to live. I prayed to God to guide me. My sisters lived in Belvidere and looked into Heritage Woods for me. They told me it would be a good place for me.
Read the rest of Karen's story
Estill’s Story: A Wonderful Place to Live
“A wonderful place to live.”

Estill shares how much he loves the access to activities at Heritage Woods.
Read the rest of Estill's story
Anita’s Story: Finding “Heaven” at Heritage Woods
Eight years ago, Anita fell at her apartment. She went to the hospital and went through two surgeries for a brain bleed. She was in a coma for 7 weeks. She couldn’t walk and had to re-learn a number of daily tasks. She struggled through therapy for five months.

During this time, she lost her apartment and a family member used or got rid of most of her belongings to avoid paying storage fees. She was very unhappy living at a nursing home, but she had no other options. There was not a lot of support from her family. She was in Wisconsin, and had no major assets, just living off of her Social Security. As she was completing therapy, the social services worker called Heritage Woods in Belvidere. She had heard about the Illinois Supportive Living Program and knew Anita was too independent and social to stay where she was living.

When Anita moved to Heritage Woods, we were able to offer her donated furniture to replace what she’d lost.
Read the rest of Anita's story
Estelle’s Story: Staying Busy with Friends, Activities and New Experiences
After Estelle’s husband passed away, she moved back to Illinois to live with her son.

She kept as busy as she could, but often found herself lonely because her son and his wife worked during the day.

Being bored is not an issue for her anymore.

Since she moved here, Estelle has made a lot of friends and is very active at our community. If there is an activity going on, especially a craft, that is where you will find Estelle.
Read the rest of Estelle's story
Previous
Next