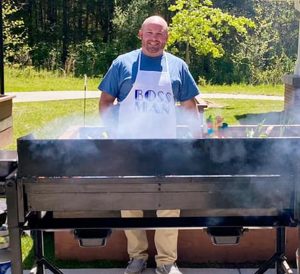 Josh Dodds was born and raised in Bloomington, Indiana. He didn’t start his career in senior living however, he was a radio DJ for years hosting morning at the local station in town. He then became a Director of Housekeeping and Food Service at the hospital and then transitioned into a Housekeeping Director at a brand-new skilled community. He instantly loved the relationships with the residents, their families, and the opportunities to serve them. He enjoyed that each day was different. After one year at this position, he completed his AIT and received his administrator’s license. The best advice he’s ever received in his career was from an amazing boss he had when he first became an Administrator, and that was, “Regardless of your success, stay humble and hungry.” Humble enough to appreciate it and learn from it, but hungry so you don’t get satisfied and complacent. Now, he cannot imagine doing any other career.

If he had to describe himself in three words, Josh says he is a Coach, Loyal, and Committed. Outside of Evergreen Village at Bloomington, you can find Josh coaching high school football (Go Mustangs!), or coaching youth baseball (Go Arrows!), camping, riding motorcycles, traveling, and DJ weddings and parties. He is most proud of his family; his sons Kit (13) and Rhett (7) and his wife Hana are his world. Not only do all these activities keep him busy, but he also still hopes to accomplish so much more professionally as well. He wants to grow in the industry by joining committees, being on boards that will help guide the future of the industry.

Congratulations to all the Ten Under 40 award winners! The 11th Annual Ten Under 40 Awards will be held on Friday, July 22 at the Woolery Mill. The Ten Under 40 Awards, co‐hosted by The Chamber and its YPB (Young Professionals Bloomington) program, is an awards celebration honoring young notables under the age of 40 who are rocking the business world through professional achievement, leadership, and civic involvement.

This year’s Ten Under 40 award winners are:

For more information about YPB or the Ten Under 40 Awards, contact The Chamber at (812) 336‐3681 or visit The Chamber’s website at ChamberBloomington.org. 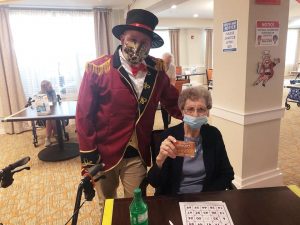