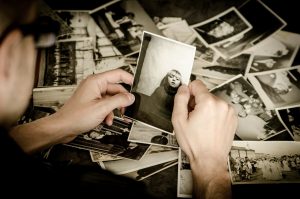 This the second in a series of Blogs we are posting during this time when so many of us are impacted by stay-at-home, shelter-in-place and quarantine directives because of the coronavirus and COVID-19.

Last week’s Blog focused on their childhood. What did they do when school was out? What games did they play? What was their fondest memory of their childhood? Their responses illustrate how much life has changed. You can read the Blog by clicking here.

This week, our Blog focuses on their experiences as adults. We asked about favorite television shows and movies; what they did for fun; and their fondest memories

Here is a sampling of their responses:

Carol Burnett; all the NCIS shows; So You Think You Can Dance; America’s Got Talent.

Wheel of Fortune; Jeopardy; Price is Right; all game shows.

Game shows and The Cooking Channel.

Game of Thrones; Housewives (all); Empire.

I never really cared to watch TV; if it is on, I usually just have it on for background noise.

Gone with the Wind (1939) and Dirty Dancing; Oh that Patrick Swayze.

Shirley Temple; I loved her and still do.

What they did for fun

I went to dances and movies.

Bowling; sewing; playing with the kids.

Played sports and music. Went boating and to the beach.

Went to the bar and shot pool.

Going to the Dells and different casinos plus many trips to Disney World. Loved to sew; made many things for my two daughters.

Played golf with my friend; picnics with the family.

Went to Cubs games and Riverview.

Going to the Community Center during the depression; played softball.

Parties by our pool; get-togethers with neighbors.

Sewed; crochet; played games; bingo; talked to the family on the phone; crafts.

Having my children and watching them grow up.

My son growing up.

I saw a lady across the room at a party. As I walked toward her, it was as if I was walking on air. I couldn’t feel the floor. We married a year later.

When I met my husband on July 4, 1948. I went to the fireworks at the park. Alberta was with me. He asked us to sit on his blanket with him. Of course, we said yes. He asked me out for a date, and I said yes. He was the love of my life. I didn’t go steady until I met him. I fell for him like a ton of bricks.

Marrying my wife. We met at Fort Leonard Wood in Missouri. She was an Army nurse returning from Japan and the Philippines. I was an Army dentist.

When I still had my husband. He was the love of my life and will be forever.

My Dad baking. He was a baker for Augusta Bakery.

Living in Washington, D.C., and Seattle, working for the FBI.

Living in England for two and a half years when my husband was in the military.

The birth of my children.

When my daughter entered the world. When the Cubs won the championship in 2016.

We were married young and raised three children. After they were grown, we traveled a lot.

Family; camping trips with the children, husband and dog.

My first visit to the opera.

My first trip to Africa and places outside the United States – Australia, New Zealand, France, Amsterdam.

A cruise from Venice, Italy back to the United States with about eight stops. Also a cruise on the Baltic Sea with a two-day stop in St. Petersburg, Russia.

Going to Hawaii with my husband and my sister and her husband.

Going to the Bahamas with our friends.

Cruise of Alaska; going on a helicopter ride up on a glacier.

Meeting my biological father, and my first bus trip to East St. Louis.

Teaching Sunday school; singing in church groups; being in plays.

Being on the Today show.