This is the third in a series of Blogs we are posting during this time when so many of us are impacted by stay-at-home, shelter-in-place and quarantine directives because of the coronavirus and COVID-19

The series of Blog stems from questions we have been asking of residents of the senior living, assisted living and memory care communities Gardant manages.

Two weeks ago, our Blog focused on their childhood. What did they do when school was out? What games did they play? What was their favorite childhood memory? You can read the Blog by clicking here.

Last week, our Blog highlighted their responses to questions about their favorite television shows and movies; what they did for fun; and their fondest memories. You can read the Blog by clicking here.

Today, we look at the kinds of music they like, the pets they have had, and the biggest changes they have seen in the world.

Here is a sampling of their responses:

I like all kinds of music – classical, rock and roll, the golden oldies. 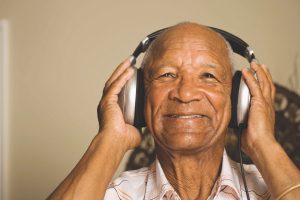 50s and religious music (How Great Thou Art).

Spiritual and the Blues.

County and old-time rock and roll.

The 50s music was special.

Grew up on rock and roll; love reggae; favorites are Neil Diamond and Jimmy Buffet.

Symphonic – my favorite is The New World Symphony; dance music.

Phantom of the Opera; My Fair Lady.

Most all kinds of music except for hard rock. You can’t understand the lyrics, if there are any.

The Pets They Had

A black cocker spaniel named Susie; a yorkie named Mandy; a shih tzu named Sandy; and any stray cat that came to our door.

Three dogs – Taffy, Snoopy and Sam, and a cat Tilly who could play hide and seek. 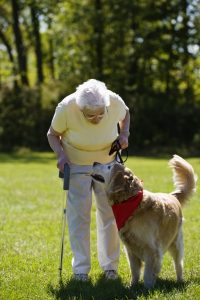 Dogs my whole life; most notable my German shorthair pointers; each lived to be 19 years old.

Two parakeets, one canary and many dogs; my favorite was a chocolate lab named Bailey.

A dog named Scruffy and two cats – Marble and Cuddles.

A collie, Duchess, and 3 black cats – Bijou, Onyx and Merlin.

A collie, Sir Sandy; a collie, Duchess; and a golden retriever, Barney.

Two poodles and one mixed breed.

The Biggest Changes They Have Seen in the World

There were no electric lights, no plumbing, no bathroom, no running water, no TV, no air conditioning. We had no washer and dryer. We had a washboard and later a wringer washer. We lived at a slower paces. We had quietness and time for each other. Most of us went to church.

Faster pace with i-phones; people do not interact. TV reports news so fast you don’t know what is true.

Hardly anyone has a landline phone in their home; everyone has a cell/smart phone.

Growth of the population and the amazing increase of technology.

TVs. When I was little, my grandparents were the first to have one. I remember watching the Cubs with Grandma.

I went from horse and buggies to going to the moon.

In my 80 years, I’ve seen a lot. I think the moon landing and cyberspace are the most amazing and troubling.

The extent to which the computer and social media has taken over.

The advent of computer technology and the rise to dominance of the Internet, with all of its information and misinformation along with the resultant social and political effects.

Computers being used everywhere; the advances in medicine, especially psychiatry.

Lots of electronics is probably the biggest. Loss of family closeness; people are too busy making a living to enjoy life.

The price of food, gas and housing.

The price of everything has soared.

Just about everything – the price of food, rent, gas, but no big raises in pay. That is why there are more homeless.

Changes in values and prices.

Less respect for each other.

The first Black President of the United States.

Lack of respect for our President.

The taking down of the Berlin Wall.

There are so many different ways to travel.

It is so easy to go anywhere in the world.

Everything from travel aboard to marriage traditions.

The ability to travel all over; so many countries speak English and welcome us.

Lack of manners of younger generation.

Dress codes; less respect for each other.

Electronics; so many today who think they are entitled; family relationships don’t seem to be important.

Too many Moms and Dads are so busy trying to make more money for their kids they don’t have time to be with them and show them they love them first.

Too many to even mention.